So as a kid I was a wimp. Actually I don’t know how much that has changed in the 45 years since my 10th birthday.
Fact about me: My pain threshold is record-breakingly low. As a kid this translated into crying and whining at even the tiniest injury, and being paralyzingly afraid of one thousand everyday things.
My mom would tell you I did have redeeming and lovable qualities, because, you know, she’s my mom. Even so, parenting what some might describe as a whiny crybaby and others might describe as a hysterical brat, couldn’t have been all sunshine and roses. The day the dentist said he wouldn’t see us anymore because 8 year old me was hysterical about the shot he was trying to give and impossible to manage comes to mind.
From my current vantage point, I am amazed I lived to adulthood. Mom is a better woman by far than I. Think about it for a moment. . . How would you parent this hot mess of a kid?
I can’t say her solution would work for every kid, because each child is unique. But for me her solution was pure genius. She couldn’t change the fact that things would hurt me. So she chose to teach me about courage. Not to “toughen up” or to change my perception of pain (“That does NOT hurt!” was something I heard from others). She taught me that being brave is not about not being afraid, but about facing that fear and doing what needs to be done.
She told me stories of children who saved their siblings from tidal waves and wild animals. She bought me books like Children of the Resistance, The Diary of Anne Frank, and The Hiding Place. She told me stories of Harriet Tutman and the Underground Railroad. . . stories of the Little Rock Nine and Rosa Parks . . . stories about Susan B Anthony and Elizabeth Cady Stanton.
She called them stories of Fighting Courage. That became the theme of my childhood.

She knew she couldn’t prevent pain from coming into my life, but she could help me choose my response.

She also chose to live fighting courage in front of me. Once we witnessed a road rage incident that turned into a brutal attack. A driver was pulled from his car through the open passenger window and pounded into the pavement by the other angry driver. 3 lanes of traffic were stopped at the light, and two full gas stations full of people looked on. My 5’3″ mother was the only one to get out of her car and yell at them to stop. “Everyone of these people can identify you and will testify against you! All those cars behind you are writing down your license plate right now!” I was terrified as she stepped from the car, but also incredibly proud. Her actions saved that man’s life.

In the wild, she taught me not to run from wild animals. When a big bear entered our camp, she stood tall and puffed up, and made noise to scare them off. I truly do not know what the correct move is in that situation, but what I learned was that my mom had fighting courage in the face of both man and beast. Not that she had no fear, but that she was willing to do what needed to be done to save herself and protect those around her.

At 56, mom continued her lessons about fighting courage as she battled stage 3 colon cancer. She confides now that there were times she thought she couldn’t take the chemo any more, and she would have to die. But I watched her advocate for herself in her care, chose nurses and people around her that were positive and encouraging, and decide to live.

From then until now, I have watched her attack the natural challenges of aging with the same fighting spirit. Exercise, healthy eating, mental exercise, and choosing to reach out and become an active part of her new community when she moved are all choices she modeled for me.

You don’t have power over evil in the world or natural disasters or disease or the aches and pains of time. But you do have the power to choose your response when those things come your way. The ability to face these things head on instead of hiding or wallowing in self pity is Fighting Courage. It is the greatest gift she has ever given me.
I am sure there are parenting moments she regrets, because every parent who ever lived has those. But this piece of parenting is what I needed more than any other. I strive to let it define my life as it has hers.

Today, at 77, she continues her lessons, this time with stage 3 breast cancer. Chemo starts this month. Here she is: my hero. 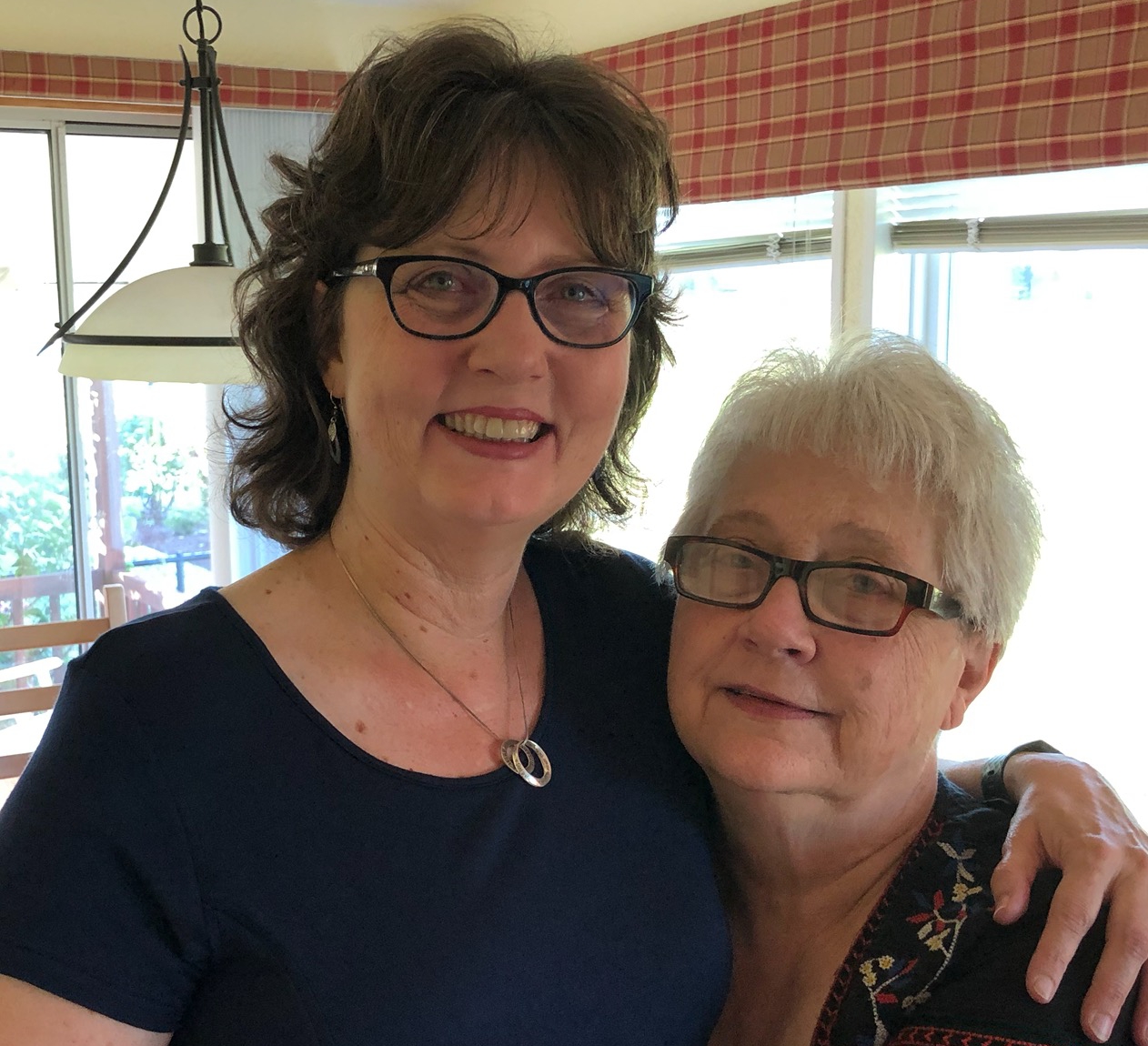